The 2nd of July 2019, along with the team of the sci-fi movie Nomad led by director Taron Lexton, we were part of an image that went around the world : the spectacular Total Solar Eclipse.

Our main mission was to find the location for filming. We considered all the variables during the scouting of the possible locations, and we requested advice from meteorologists and astronomers who gave us the information on the most suitable place to see the eclipse in terms of weather conditions, visibility and free of tourists. It was a challenge against time, until we found the perfect location: Valle del Elqui, located in the north of Chile.

In this production there was no room for second chances, because we only had 2 minutes and 18 seconds to record the eclipse. Good communication with the team, previous preparation and rehearsal were key for the filming day. We did not leave any random details out, so the results were as spectacular as the opportunity to witness and film a total solar eclipse. 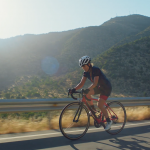 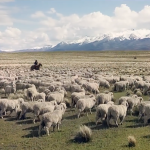